Tattoos is to use the needle with ink to prick into the bottom layer of the skin. And make some patterns or words on the skin. Embroidery various patterns on the body to see luck and worship. Modern tattoos depict the ideal picture on people’s monotonous skin. That becomes the eternity of life and keeps memory as the most beautiful picture in life. Tattoos are originally not exclusive marks for bad people. No matter the pattern of modern tattoos is text or pattern. Tattoos are always to please yourself and others, no matter where you are.

The traditional tattoos on sailors in old times still have many fans today, but modern tattoos also have great innovation space. The continuous development of dyeing technology and modern tattoos allows creative tattoos to create new style of tattoos. Such as Steph Hanlon who lives in Seattle. Hanlon’s modern tattoos represent a popular style among new tattoos-she called it “compromise style “. In her works, geometric figures, mottled color blocks, watercolor elements and overlapping abstract themes occupy an important position, and these elements are becoming more and more popular. Now is a good time for modern tattoos-you can draw inspiration from traditional tattoos, and you can also follow the new trend closely and make use of new technology to create a brand new beautiful pattern for yourself.

With the development of aesthetics, the old tradition tattoos has gradually added more perspective, structure, light and shade and color, and developed into a new tradition of modern tattoos. Compared with the old tradition, the modern tattoos pays more attention to the beauty, the sense of ritual and symbolism, which is exactly the development direction of tattoos. Therefore, being a traditional tattoos now is mostly a new modern style.

The modern style of tattoos is rich in details, with clear primary and secondary, and relatively vivid. The color matching is rich and bright, with the relationship between light and shade, structural details and sense of direction. As long as it is a small and non-miscellaneous body, it can be called hipster. This word has been used indiscriminately in modern tattoo style. Traditional tengers call the little traditional prajna they made hipster, while realistic tengers call the little realistic roses they made hipster, too. Letters are also called hipster, and small illustrations are also called hipster in the style of modern tattoos… It actually has no strict definition or differentiation. Actually, hipster is not a concept of modern tattoo style. Just because it is small, it becomes the first choice for many first-time tattoos, especially girls. Therefore, it is widely popular.

It is the western modern tattoos which are famous for their vivid patterns and colorful colors. It absorbs the characteristics of Western oil paintings and has rich contents. The modern tattoo style mainly focuses on physical forms and geometric figures and pays attention to the application of colors, the vividness of the pattern. This kind of modern tattoos are mainly represented by America and Western Europe.

Color pattern of modern tattoos: this type is actually too general, but it cannot be subdivided, so it can only be roughly classified. Because the color patterns of modern tattoos include all the typical and non-typical tattoos of colors. Most modern people prefer this kind of tattoos pattern. This type of tattoos is fashionable and durable, and has strong vitality. Hipster’s letter-like tattoos are very popular among girls. Some girls would choose to mark a small letter between their fingers under the collarbone, which makes them sexy instantly. In this way, the modern tattoos play a very good decorative role. Many modern tattoos fans come here for fame, looking for safe tattoos in the embroidery Hall. 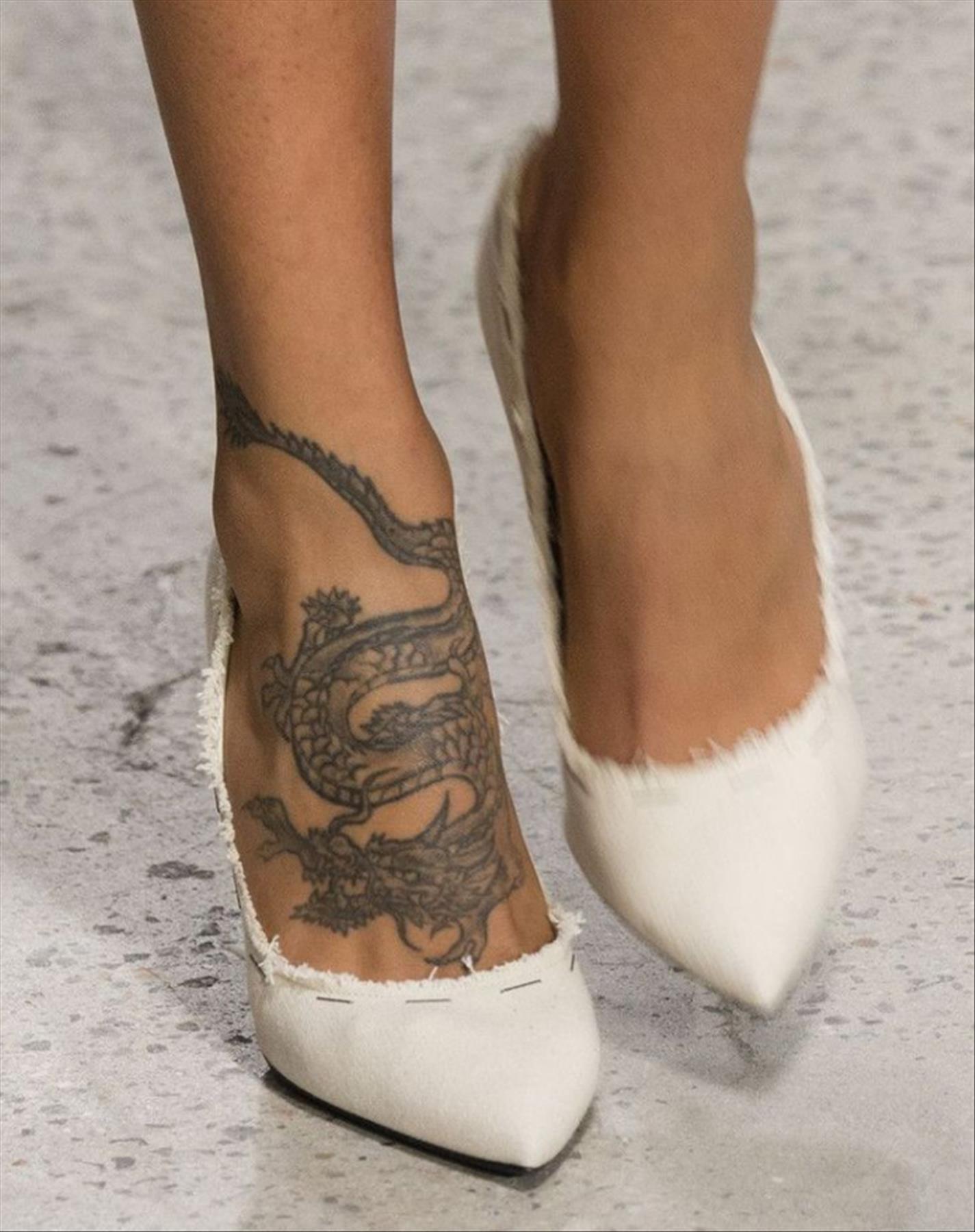 50+ Unique foot tattoos for women to get inspiration